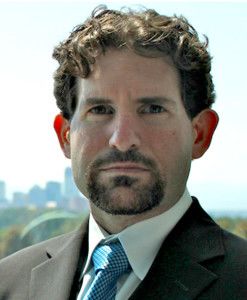 Have you been investigated for or arrested on weapons charges in Colorado? Firearm laws in Colorado are complex and most people don’t know whether their rights have been violated or not. That is why you need a skilled Denver defense and gun rights lawyer to help you understand and defend your gun rights in Colorado.

Why Do You Need a Weapons Offense
& Gun Lawyer?

The potential consequences are very serious and being convicted can ruin the rest of your life. Gun Laws in Colorado are very strict and can often lead to hefty fines and even prison sentences. Weapons offenses require the knowledge and know-how of a skilled Denver defense attorney. If you are accused of having an illegal weapon or if you committed another crime and are being charged with having a weapon with you at the time of the offense, you need an experienced and aggressive Denver defense lawyer like Kevin Pauly – who will help defend you against your weapons charges.

Kevin Pauly is a Denver criminal defense attorney who has experience defending weapons charges in Colorado and knows what it takes to fight for your gun rights. If you have been charged with assault with a deadly weapon, possession of a weapon by a previous offender (POWPO), carrying a concealed weapon without a permit, prohibited use of a weapon, or any other weapons charges in Colorado, Kevin will stand by your side and help defend you every step of the way.

Even if you have a valid gun permit, you may face criminal gun charges for using your firearm in an illegal way. For example, you cannot recklessly discharge your firearm or unlawfully aim it at another person. If you commit either of those acts, you may be charged with prohibited use of a firearm, which is a class-2 misdemeanor. If you knowingly illegally purchase or obtain a firearm you could face unlawful purchase charges, which is a class-4 felony in Colorado.

“Weapon” is a broad term, and it has a variety of definitions under Colorado State law. A deadly weapon is defined under Colorado Revised Statute § 18-1-901(3)(e) as meaning a loaded or unloaded firearm or a “knife, bludgeon, or any other weapon, device, instrument, material, or substance, whether animate or inanimate, that, in the manner it is used or intended to be used, is capable of producing death or serious bodily injury.”

How a weapon is defined depends on the crime a person is being charged with, and Colorado has several different weapons crimes. All of these offenses carry severe penalties for people, including very damaging criminal records that can create problems down the road for individuals if they are convicted.

Felonies and misdemeanors carry different levels of punishments, and the maximum sentences allowable for convictions depend on which class of felony or misdemeanor offense an alleged offender has been charged with. The presumptive sentencing range for felony offenses in Colorado by class level are as follows:

The possible range for misdemeanors is as follows, based on class levels:

Felony convictions can also result in the loss of your firearm rights.

An arrest for a weapons crime is frightening, but it is not the same as a conviction. A prosecutor still needs to prove that you broke the law. You might also have a defense if the weapon was seized through an illegal search and seizure. The alleged weapon you possessed may not satisfy the statutory definition. Any one of many other possible factors in your case could justify your weapon possession, or could call into question the prosecution’s case against you. An experienced attorney can investigate the unique circumstances of your case to identify the most strategic defense for you.

Get an Experienced Weapons Offense Defense Attorney and Gun Lawyer

If you have been charged or law enforcement has contacted you in connection with a weapons offense in Colorado, you need an experienced gun rights lawyer in Denver to protect you against a weapons conviction. For more than a decade, Kevin has exclusively defended those facing criminal charges in Colorado and was named Attorney of the Year in 2007 for the Denver Trial Office of the Colorado State Public Defender.

Whatever your weapons charge may be, Kevin Pauly is an experienced Denver defense lawyer who will listen to your side of the story, investigate conditions at the time of your arrest and mount a case for reduction or dismissal of charges. If you are charged with a weapon offense, then an experienced Denver criminal defense attorney like Kevin Pauly is absolutely essential.